That has to feel pretty pretty good for Al Gore in his life as a Climate Change activist, leaving "failed Presidential candidate" behind. The former U.S. Vice President has been awarded the 2007 Nobel Peace Prize, and shares it with the United Nations' International Panel on Climate Change. There were 181 candidates to choose from, but Gore and the IPCC's work to raise awareness of the issues of climate change won out. The $1.5 million dollar prize will be split (amongst the 2,000+/- scientists on the IPCC?). Mr. Gore has announced he will donate his share to the Alliance for Climate Protection, a non-profit focused on the urgency of solving Climate Change.
at 7:54 AM No comments: 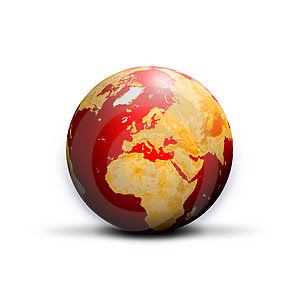 October 4, 2007 at the Noel Wien Library Auditorium, over 50 gathered to participate in the National Conversation on Climate Action in Fairbanks, Alaska. Lori Hanemann, the Local Issues Coordinator at the Northern Alaska Environmental Center and member of Mothers for Alaska, organized the Fairbanks Conversation event. She states, "Fairbanks is on the verge of taking the lead in the State on sustainability and Climate Change action. Fairbanks is one of the few cities in the world addressing both mitigation and adaptation. We're living with the impacts and we're strategizing to lead the state in response and solutions. Our Mayor Jim Whitaker is making innovation plans to put us in the national spotlight! I can picture him setting the pace, showing this is a non-partisan issue, right up there beside Governor Schwarzenegger. He speaks powerfully and says loudly, it's okay to be green! That's exciting!"
Newly re-elected Assemblyman Luke Hopkins was the first presenter, and updated the crowd on the recently passed Borough Climate Action Resolution. This resolution and it's five milestones calls for the Borough to begin researching opportunities and reducing emissions for Fairbanks. Part of the resolution discusses the Mayor's Energy Plan, which Mayor Whitaker unveiled to the community. This nine-point plan is exciting and the core is comprised of renewable energy, wind, solar, in-stream hydro, and biomass.
Mike Musick from Cold Climate Housing Research Center was next to get behind the lecturn to discuss several local events coming to Fairbanks. He began by reading the Mayor's proclomation which declared October as National Energy Awareness Month. He announced a Solar Tour of Fairbanks on October 6th and the Northern Shelter Conference on the 27th and 28th of October. Go to www.cchrc.com to find out the details.
Lori Hanemann introduced the new Global Warming page on the Northern Center's website www.northern.org She intends the page to be a one stop resource for climate change events and news, as well as a home to a thorough list of links to other terrific resources of the local, state, and national level. Paul Klitzke, a Episcopalian Minister from Palmer, and Alaskan leader of Alaska Interfaith Power and Light, addressed the crowd without need of the microphone, and commanded the room with news of the climate change outreach to faith based groups around Alaska. The organization intends to bring their message to Fairbanks, and get the word out to local church leaders. Golden Valley Electric Association's Todd Hoener spoke about the opportunities the Utility offers to reduce your home and business energy needs and discussed the SNAP - renewable energy program. And finally, high school student, Haley Evans, told the remaining audience members about the organization she chairs, FAYEA - Fairbanks Alaska Youth for Environmental Action. This is a teen group of dynamic young people who are taking action and addressing state politicians on issues on climate change and sustainability. They have a Kick Off Party on October 6th at the downtown Alaska Public Lands office on 3nd and Cushman downtown.
The event revealed a slow but gaining momentum towards change - changing how politicians and the public think about Climate. It's no longer an argument about cause and science. Climate change is occuring and will continue to occur. Our state is the poster child, and Fairbanks is beginning to shine it's independence on the rest of the state and think differently, think sustainably and think smarter. This naturally leads to a challenge between Fairbanks and Anchorage to become the leader on taking action. Fairbanks is taking the risks, making huge leaps forward, and planning to maintain the lead into the future. Go Fairbanks!
at 8:37 PM No comments:

Check out this article in the Anchorage Daily News

Sarah James, from Arctic Village, has written a nice Compass op-ed in the Anchorage Daily News.
Please click on the link to view her article
http://www.adn.com/opinion/compass/story/9135501p-9051638c.html
at 12:42 AM No comments:

Consider these "Little Things" as simple ways to change our behaviors. We are living in the dawn of the Environmental Age, where we must re-think how we do things and be conscious of our carbon footprint. It doesn't mean doing without, it simply means doing differently. These behavior changes usually save you money as well - BONUS!

Computers - Be sure to turn off your computer when leaving it for the night. You can also program your computer to go into sleep mode or hibernate while away from your desk for an extended length of time. Most PC's do this by clicking on Control Panel and choosing Power Options. (I assume Mac's are similar; post a comment if you know). If you're in a large office, see if your IT person can program this from the main computer. Taking a few minutes to set this up, you’ll save 100kWh to 600 kWh per year depending on your computer-use habits. That adds up to between $8.50 and $51.00 a year saved. Screen Savers do not accomplish this energy savings. It's the little things... 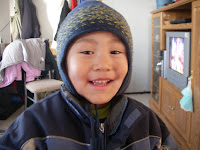 Making a difference
by: Lori Hanemann Fickus
photo: one of the trash patrol Axel Snyder, age 4
How do you combat climate change? You do something. Something in your home, something at your job, or something in your community. Selawik is doing something. Selawik is located at the mouth of the
Selawik River where it empties into Selawik Lake,
about 112 km (70 miles) southeast of Kotzebue.
The youth in this community, rallied by Mothers for Alaska member Hannah Loon, have been picking up massive amounts of trash. In June, Hannah stated, "I would like to report that today, we picked 49 bags starting from Native Store to Ingram's. Then we moved to other side to school side on the board walk."
She also said the young people are curious about what else they can do. It is exciting times when mothers around Alaska are going into their communities and creating change. A response to climate change must begin with behavior changes. Each of us must reduce our carbon footprint - how much carbon dioxide we're putting into the atmosphere from home electricity use, driving cars, running snow machines and four-wheelers, and many other actions we need to be aware of. First comes education on what can be done, and then comes the time to change the behaviors - the way we do things.
Picking up trash is a terrific start to helping your community. Residents will appreciate their new beautiful community, and this will reduce litter, and in the long run, perhaps people will use less packaging, reuse items, and reduce how much they buy. Changing their behavior. We can all go out and pick up some trash; who knows where it will take you!
at 12:31 PM No comments:

Alaska Climate Change Impact Assessment Hearings
Kotzebue, Alaska
by: Lori Hanemann Fickus
The Climate Commission Hearings were held in Kotzebue in June.
Before the actual Hearing, the Commission members toured one of the villages suffering from significant impacts of Climate Change, Kivalina. There they were able to see, in person, what they've been hearing about for months.
Residents of Kotzebue turned out for the important hearing, as well as people from nearby villages. NARF (Native American Rights Fund) once again arranged funding for travel and accommodations to make it possible for several Alaskans to make it Kotzebue to give their account of what's going on in their villages. The emotional and powerful testimonies from the people living their daily lives with these impacts had to sink in (pun intended) to the minds and hearts of the Commission. I am so thankful they are getting out to the rural communities to hear the human element of global warming, in addition to the scientific data they've been gathering. The indigenous knowledge is equally, if not more, important in factoring the impacts.
Northwest Arctic Borough Mayor Siikauraq Martha Whiting was invited to give testimony to the Commission. She provided important details for the Commissions permanent record, and had an interesting idea, "Having an Inupiaq word for it might help convey the urgency". I'm intrigued by the idea of having a word in the major Native Alaskan languages to convey the urgency of the issue. Climate "Change" sounds gradual and un-alarming. What's going on in the Arctic is rapid and urgent. I hope she pursues her idea. She made another good point,
“It’s something that you watch on CNN,” she said, “But it’s something that’s right in our face.”
I hope mothers and the rest of the population in the lower 48 can learn what is happening up here now, will trickle down to them in the near future. The Commission's report is to be turned in January 2008. If you haven't testified already, you can send in your testimony in writing. Please send them to Legislative Staff Tim Benintendi tim_benintendi@legis.state.ak.us
at 9:01 AM No comments: 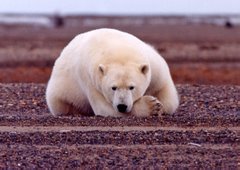 If you're a mother concerned about Climate Change in Alaska, please email us at geo.lori@yahoo.com and leave your email address to receive newsletters and updates on global warming. Thank you. Mothers for Alaska 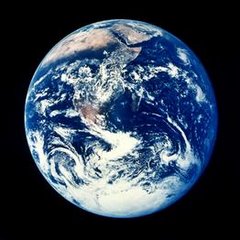